Using eero as a "receiver" 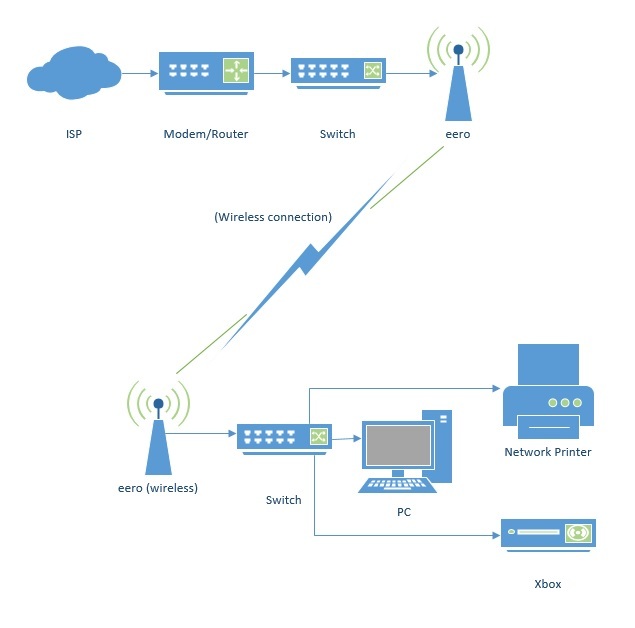 Can you use the ethernet ports on the eero to connect other devices that don't have Wi-Fi? In other words, can eero be used as a "Wi-Fi adapter" to allow other devices that don't have Wi-Fi connect to the Wi-Fi network?  The FAQs and other documentation does not make it clear. I know you attach the eero to a router or switch which then "transmits" Wi-Fi to other eeros, which then create the mesh network. But those eeros that are only on the mesh and not wired to the router, can they "convert" Wi-Fi back to ethernet so I can attach a network printer or Xbox? (see attached pic.)

(Also, I think this other post, the user has a similar setup, but I'm not sure that the people answering understand the setup.)