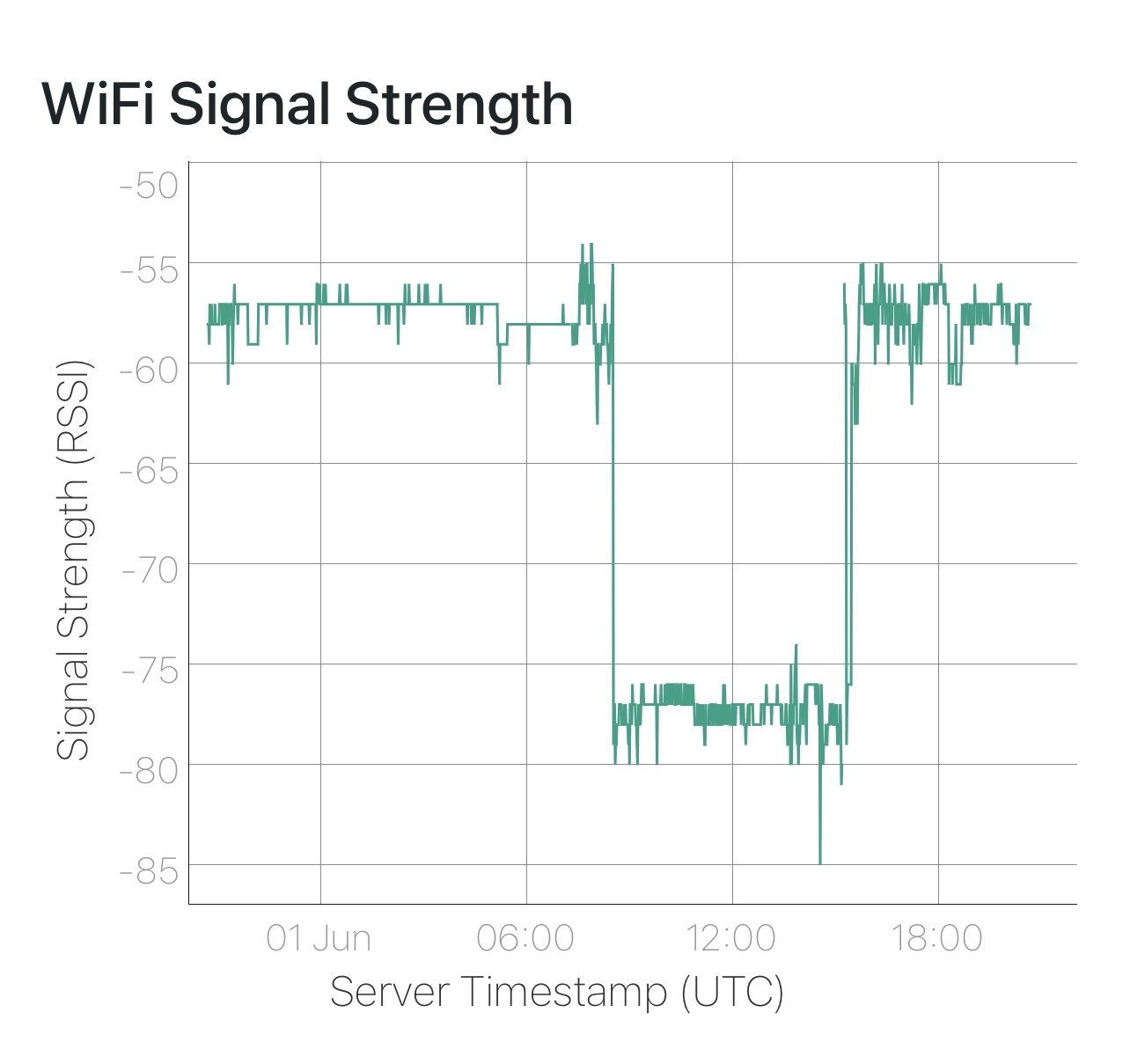 I realise this is a topic which keeps coming back periodically. I also realise that clients have a lot (or in fact all)  to do with wi-fi connectivity or we'd all have serious security issues.

However, the repeating problem I have is simply that wireless devices go off the network - occasionally for days. The simple observationis that they decide - for some - reason that an RSSI -90 access point is  now preferable to the RSSI -35 access point 2m away.

Now I can quite imagine, a wi-fi client who enumerates a list of networks and chooses the first one is going to get a sub-optimal connection, but most devices seem to find the strongest signal. The question is why - out of the blue - they switch to sub-optimal connections? Note that I have observed this on a whole range of devices from Google Home, to Ring Cameras, to Raspberry Pis. Note also that these are NOT roaming devices like iPhones and Android devices; they are fixed in relation to the Eero nodes.

Is an Eero silently crashing and sending all the devices somewhere else? They don't seem to come back afterward so some fail criteria is not being met and they just struggle attempting to complete DHCP sequences or getting any useful bandwidth. Maybe these devices are just to 'dumb' to reset connectivity far back enough to refresh their table of BSSIDs and power-level.

Restarting a particular node (like the furthest one) fixes a particular connection issue, but  - when you think about it - is just causing nearest devices to have the same problem; hence why restarting the entire network may be preferable.

Attached is a trace I set up showing a device switching from a high-power to a low-power AP.  It spent a few hours there. I have no idea why it switched back... but it may have been when I rebooted the entire Eero network.

So are Eero nodes panicking behind the scenes and then rebooting? I would love some logging on that but until then I shall continue looking at it from a Raspberry Pi perspective....