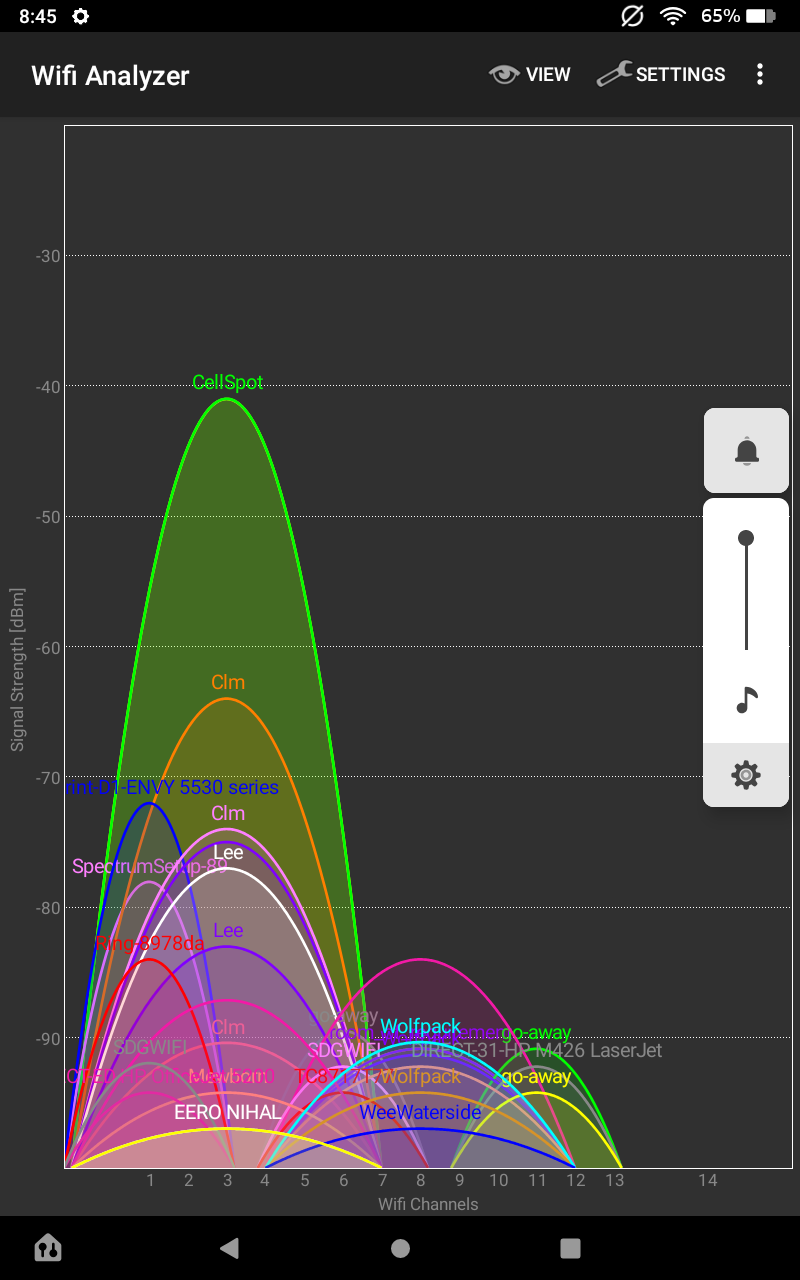 I experimented with my old router side by side with my new eero and have found the current eero firmware's automated channel selection is broken (perhaps due to the 40mhz width in 2.4ghz band and 80mhz Width in the 5.4ghz band).

The experiment was as follows:

2) chain (double nat) eero to old router and power it up.

In theory, the eero should pick a different channel for each band because it's booted after a "loud" router on channel1, but it doesn't.  I'd be happy to post a youtube video with this experiment.

The attached screenshots show the significant congestion at the lower end of each band.  (I happen to know a lot of my neighboors have eero as well). It really should be picking a different band.

Speaking for myself, I'd gladly give up a 40mhz 2.4ghz bandwidth in favor of 20mhz (which is recommended by most professionals for the 2.4ghz band), for an overall more stable and reliable connection.