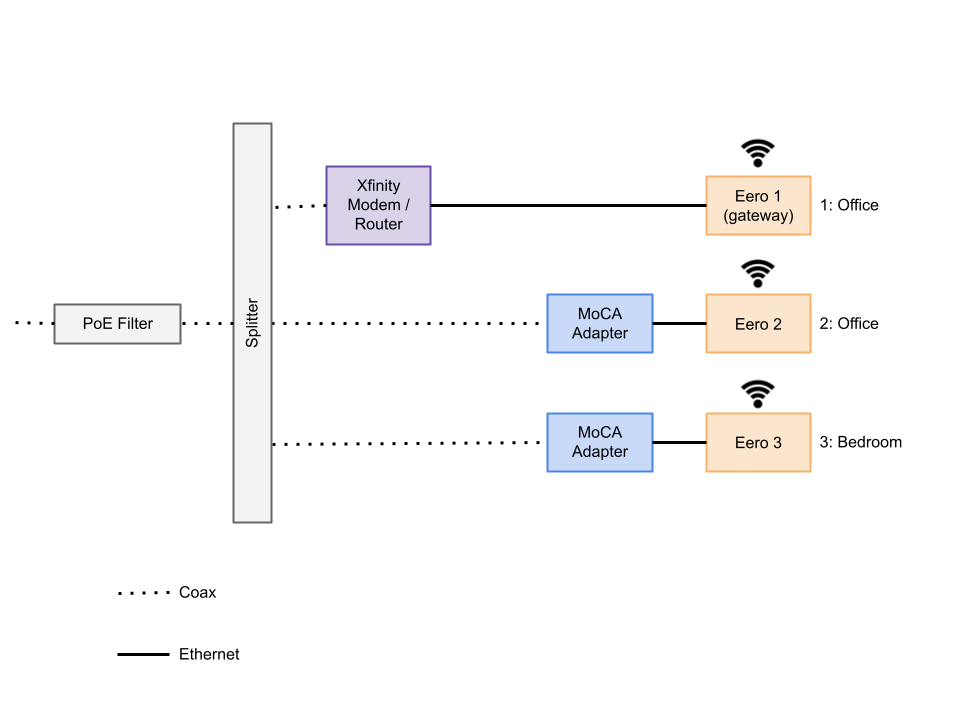 Should I set the Eero gateway to bridge mode?

The Eero gateway is not in bridge mode and I am seeing behavior I don't understand.  Last night, after setting everything up, nothing seemed to work — I was getting very slow speeds from the Eero WIFI nodes. Some of the nodes showed wireless connections instead of wired backhaul. I was about to return everything. I woke up this morning and everything seemed to be working great — all nodes showed wired with good speeds. I have no idea what changed.

Another oddity is that some of the WIFI devices seem to continuously jump between the two MoCA-attached eero nodes (according to the app), as a set. Strange.

I suspect I need to put the eero gateway in bridge mode but I would like to understand what is going on. I suppose an alternative would be to get another MoCA adapter and put everything behind the eero gateway but I'd prefer to avoid the expense.

Any ideas or suggestions?