Really slow Internet over WiFi only during the night

It's been three days since I installed eero and the experience has been quite good.

The only thing it's bothering me is that the speed goes quite low during the night. I noticed that yesterday. I have 3 Eero, 500Mbps down and 26Mpbs up. Yesterday night the gateway was reaching 250Mbps and the other 2 nodes only around 90Mbps, which was acceptable, but a bit below the constant 300+Mbps I was getting. I tried restarting the whole network, unplugging and etc with no luck. Since it was late I decided to check that during the day.

Today, during the morning and afternoon everything was fine. I was able to reach 422Mbps with my cell phone, so I decided to forget about that slow connection from the night before and move on.

But now the connection is really bad again. Netflix and Plex are buffering to the point I cannot watch a video.

The Eero speed test is showing above 490Mbps directly in the cable, but in my phone I got 98Mbps max, which I'm not sure if it's accurate, because it was quite hard to even do the test since the app was not even able to find a server.

Here is the screenshot from the Eero speed test during the night of September 03: 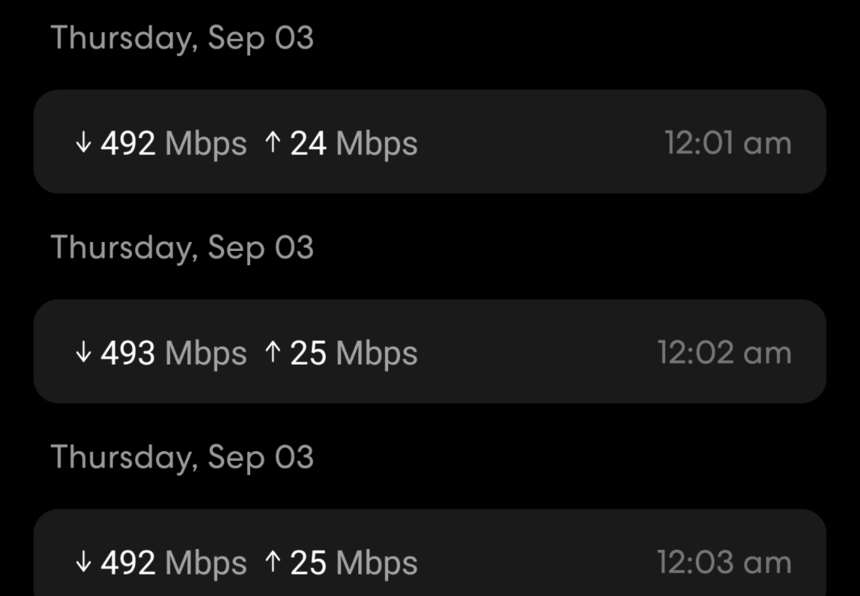 In my phone wifi during the night of September 03: 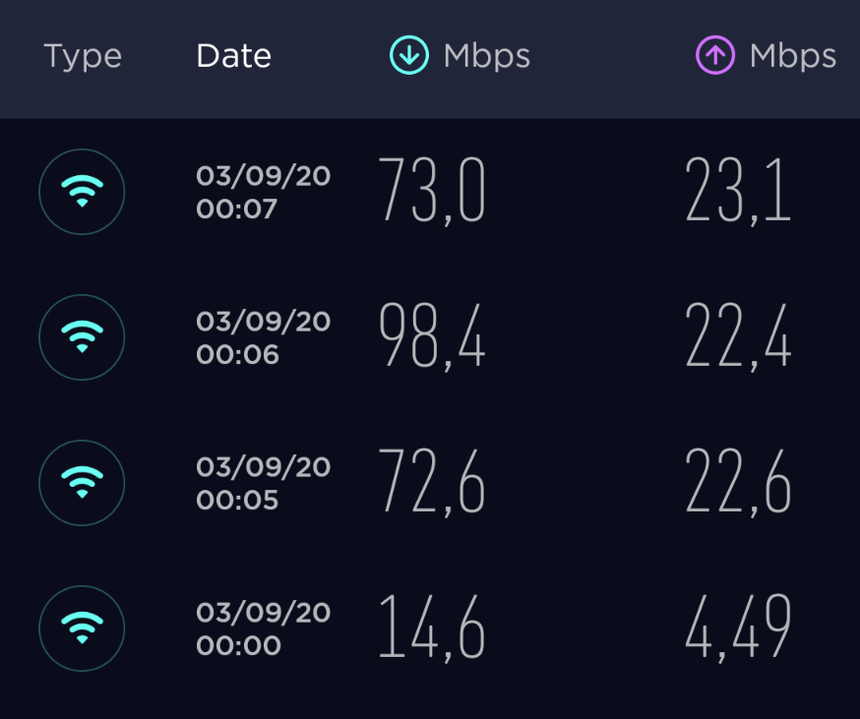 And here are the tests I did in my Mac 2019 during the night of September 03: 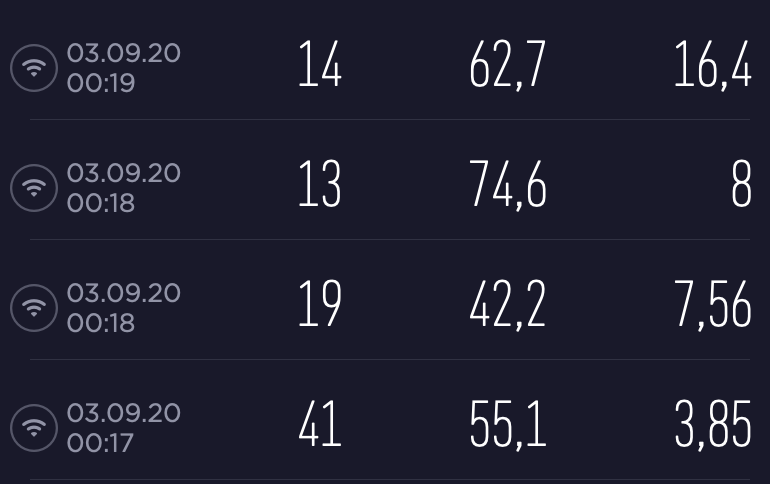 I understand that these tests can be misleading, but I'm not able to watch Netflix, Plex or browse around normally, so I believe the tests are being even a bit generous.

For me it's really weird that Eero works flawlessly during the day but not during the night. Before Eero I was using a Fritzbox 6490 (which is quite common here in Germany) and never had this issue before (had other ones, but not slowness during a specific period of the day).

I restarted the whole network again and these are the results:.

As a matter of comparison, these are the results I got today (September 03 morning and afternoon): 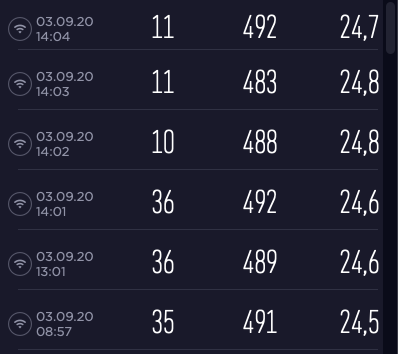 So I can see it's not a problem with the Eero hardware itself, but something is happening during the night that it's not allowing it to work at full capacity.

Any ideas or suggestions?